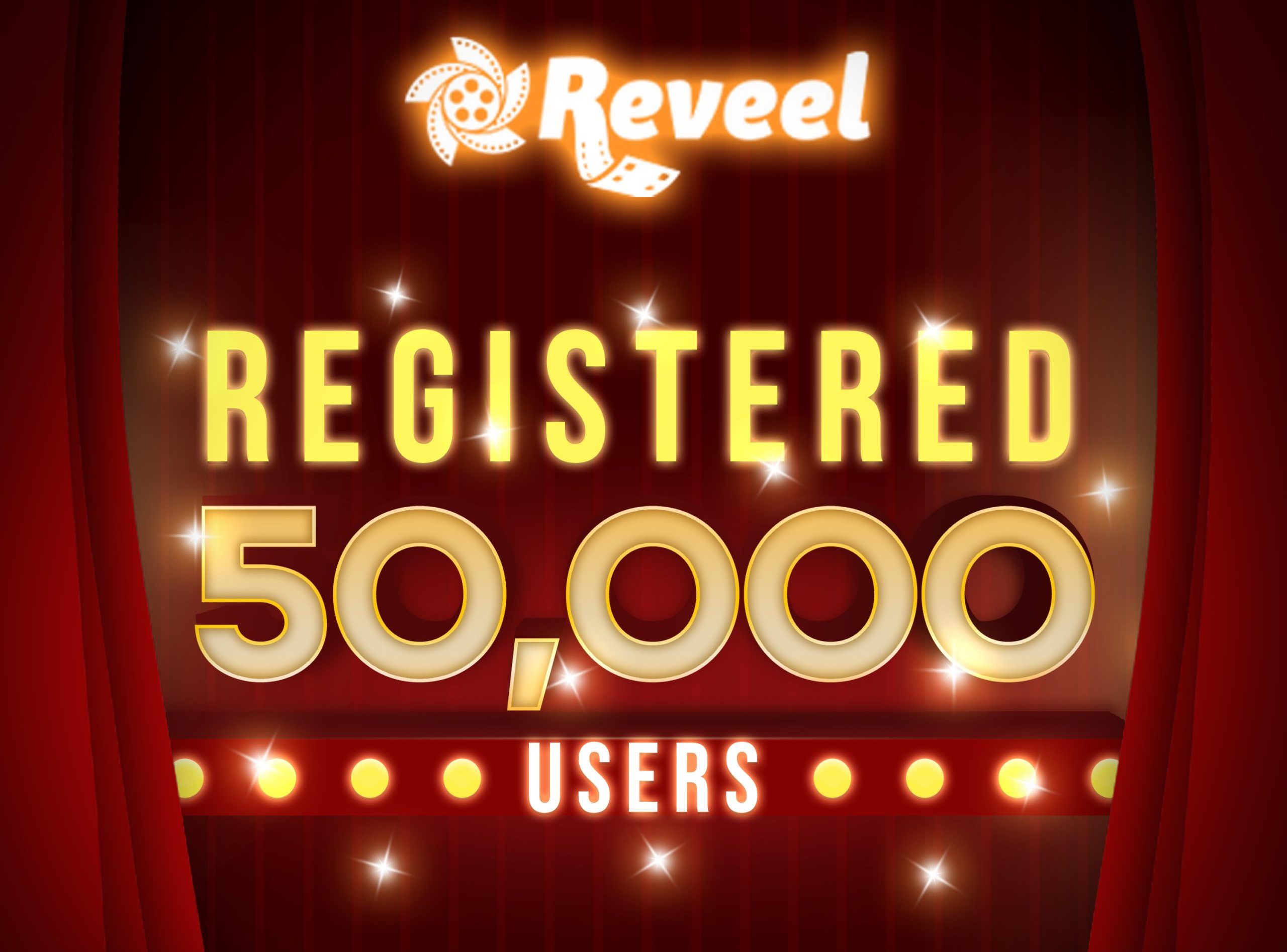 Reveel officially has more than 50K users registered with the streaming platform. This marks a significant milestone for the young streaming service, which kicked off 2021 with a user base of 15K. Reveel's audience of film lovers continues to grow at a rapid pace and our library of content increases with new titles added every week.

“We understood when we entered this niche of great undiscovered films that it would take time to find the audience these films were meant for. We are excited for this milestone and delivering great content to these 50,000 fans." says William Cheverie, President of Reveel Entertainment. "With continued effort and the support of these fans we will quickly reach new milestones.”

This achievement is just the latest example of Reveel's impressive growth since its launch. Over the past year, Reveel has taken several steps to make the platform as accessible as possible to its ever-growing audience. Along with our website, film lovers can now access Reveel through iOS devices, Android devices, Roku, Apple TV, and Fire TV.

The rising streaming service has caught the attention of many independent filmmakers in the entertainment industry, thanks to Reveel's reputation as a supportive platform for up-and-coming talent from all around the world. Reveel is also known for connecting independent, original storytellers with audiences weary of the recycled content coming out of Hollywood.

Reveel's aim has always been to empower independent filmmakers and film lovers alike. The platform provides a space for fresh voices in the film world free from the confines of big budgets, Hollywood connections, and studio remakes that can overshadow independent stories.

Reveel's 50K accomplishment proves that there's a large and passionate audience for original stories from talented independent filmmakers, no matter where they come from. The streaming service will continue to strive toward its goal of being the go-to platform for original stories by expanding its library, increasing its accessibility, and continuing to support new talent.

Reveel is a streaming platform that is filled with 100% original content from all over the world. The streaming platform was created to empower both independent filmmakers and audiences to have alternatives to the predictable sequels, remakes, and reboots coming out of Hollywood. Reveel only hosts original content, has absolutely no disruptive ad breaks, and is completely free to anyone who signs up. Learn more about Reveel on their website.