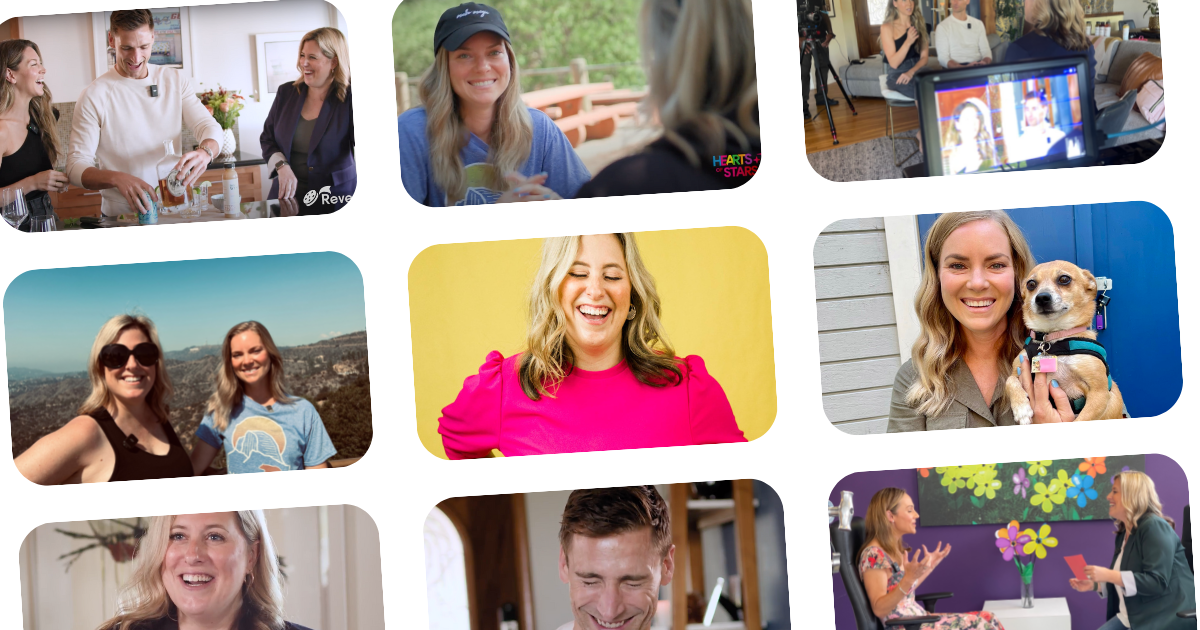 Reveel has always been committed to connecting audiences to stories in ways that are unique and innovative. That's why Reveel only streams original independent content and produces shows that give viewers an inside look into their favorite stories. Reveel is taking its dedication to a whole new level with its new show, Hearts of Stars. Through this special opportunity, a fan becomes talk-show host as they get the opportunity to interview their favorite stars on camera!

Media has relegated feel-good TV entertainment to the back burner, leaving fans with few chances to get acquainted with the actors and the behind-the-scenes stories of the films they love. Heart of Stars, a Reveel Original Show, seeks to bridge that gap. The new show features beloved rom-com celebrities being interviewed about their life, films, and everything they hold close to their hearts.

Heart of Stars is unlike any other show because of its host, Jennifer Silliman. Jennifer is a wife, mother, an advocate for mothers, and fan of feel-good rom-coms. She one day decided to reach out and chat with her favorite rom-com actors/actresses, which led to the creation of Hearts of Stars.

Jennifer's distinctive ability to connect with her guests on an intimate level, as both a friend and fan, makes her interviews not only informative but also incredibly endearing. Stars like Andrew Walker, Nikki DeLoach, Ryan Paevey, Cindy Busby, and Colin Egglesfield have all made an appearance on Hearts of Stars so far with more celebrities slated for future episodes.

Jennifer has also brought Hearts of Stars to the fans by attending RomaDrama, an exclusive event that brings stars and fans together. The event offers an incredible opportunity for stars to meet their fans and vice versa! Jennifer had one-on-ones with these icons on the red carpet, giving viewers everywhere an inside look at what the event was like.

Jennifer's remarkable journey from fan to a Reveel talk-show host is a testament to the platform's dedication to bring audiences closer to their beloved stories. The Hearts of Stars special RomaDrama episode is now streaming on Reveel and you can catch new Hearts of Stars episodes every Saturday on the streaming platform.

Reveel is a streaming platform for original film content from all over the world. The streaming platform was created to empower both independent filmmakers and audiences to have alternatives to the predictable sequels, remakes, and reboots coming out of Hollywood.

Reveel only hosts original and independent content, has absolutely no disruptive ad breaks, and is completely free to anyone who signs up. Learn more about Reveel here.