Celebrate this Halloween by discovering original horror films with a unique horror film event. For the first time ever, Reveel is launching its own virtual horror film festival that contains nine full playlists of horror features, shorts, and shows for every kind of horror fan to watch this spooky season.

The festival, otherwise known as the Reveel Fright Fest, can be enjoyed from the comfort of your own homes through the Reveel app or website starting Friday, October 21st to the 31st.

The Reveel Fright Fest has nine film playlists that each contain an entirely different lineup of independent horror films. The playlists are organized based on the horror subgenre to provide a particular cinematic experience to viewers.

Depending on how scared you want to be and the mood you're in, Reveel has arranged five of the main playlists from least to most scary.

Fright Level 2: Monster Fest. From werewolves to vampires, Monster Fest is a film playlist that compiles the best independent monster films on Reveel into a neat playlist for binging.

Fright Level 3: Don’t Look Back. A playlist full of the most thrilling slasher films on Reveel.

Fright Level 4: Paranoia, My New BFF. A collection of the eeriest horror films for a supernatural binge.

Fright Level 5: Our Darkest Fears. This film playlist captures the variety of fears that people can experience and compiles them into a singular lineup of horror and thriller films.

The horror doesn’t stop there. There are four more horror film playlists available to stream in The Reveel Fright Fest. These four playlists are each organized to provide a different experience and focus on a particular subgenre of horror.

The Hammer & Anvil. The “Hammer and Anvil” brings together all of the gore films on Reveel into a singular playlist for Halloween.

Blood & Fangs. This playlist has some of the most fun vampire related films on Reveel.

Witch Way to Go. This film playlist has Reveel’s favorite films about witches all in one playlist for horror fans.

The Fright Fest has everything from independent feature films to documentary shows that recount the creepy stories that have taken place in the real world. On top of some killer horror film playlists, the virtual film festival has two headlining feature films: Along Came The Devil Part 1 and The Attic. 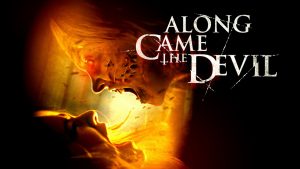 Along Came The Devil Part 1 is an indie feature film based on a true story. The film follows Ashley (Sydney Sweeney) after a troubled childhood who searches for a connection, and unknowingly invites in a demonic force, which leaves her loved ones fighting for her soul. 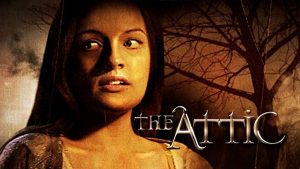 The Attic is an indie film starring a young Elisabeth Moss in one of her first leading roles. The story is about an agoraphobic woman and her family who move into an older house that she believes is haunted by her own doppelgänger.

For horror fans that are looking to stay in and enjoy a marathon of horror films during the Halloween season, Reveel has over a hundred short and feature-length horror films that will keep you entertained for days. So grab your friends and enjoy ten days of no-holds-barred streaming of horror films starting on October 21st.

See all of the films that are in the Reveel Fright Fest here.

Playlists on Reveel are similar to music playlists except that they pull together different films, shows, or documentaries into one binge-worthy list. Reveel’s film playlists were created for viewers who want a particular cinematic experience based on the different genres and styles that best fits their taste. No matter how unique your taste is, Reveel’s playlists give you a variety of different types of films to choose from.

Reveel only hosts original and independent content, has absolutely no disruptive ad breaks, and is completely free to anyone who signs up. Learn more about Reveel on our website.